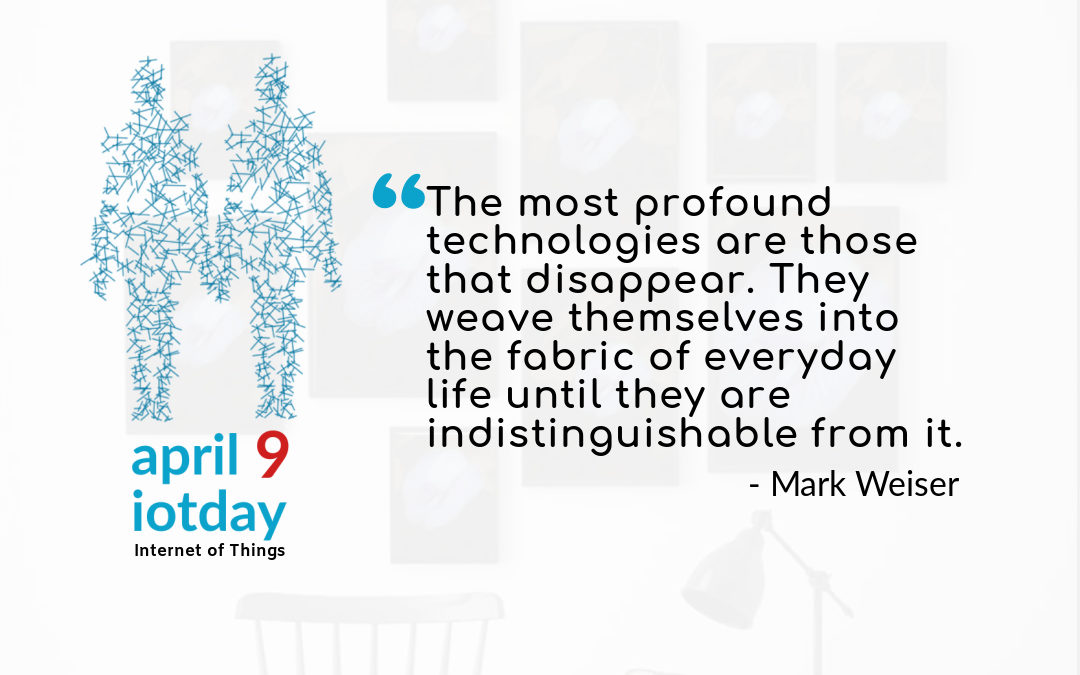 10 Things You Didn’t Know About The Internet of Things

April 9, 2019 was the day the world came together to celebrate advancement of IoT and how the internet of things is changing the way we interact. We compiled a list of facts we thought you should know about #IoT, here are some of them:

IoT is a network of connected devices. These devices collect and gather data about how they are used and the environment in which they are operated. It is so done using sensors. Already we are aware of some of the various ways IoT is embedded in our lives, from traffic lights to bar codes, phones and electrical appliances

The internet of things is already influencing the way you live, from cookers to air conditioners, watches to thermal systems, fire exits and cars, coffee blenders and roads, everything has the potential to be connected into an intricate network, providing data about themselves and the environment for smarter work, education, cities and smarter living.

Sensors and chips are embedded into our physical devices, each transmitting valuable data. Data that helps understand how they work and how they are connected to each other.  Data gathered have boundless potentials such as improving factory operations, navigating road networks or tracking our health. IoT is the common=internet platform that brings all of these things together and provides a common language with which they communicate. <a href=”https://ariwokakaki.com.ng”>Technology Blog</a>

3. You are most likely utilizing IoT already!

It’s 5.00am, your alarm which is connected to the calendar alerts you , telling you about an appointment you booked a month ago, prior to that time, the water heater connected to the alarm understands that you need to have your bath by 5;15 so the heater turns on by 5:15. The weather report must have highlighted how warm you should dress up today. All of this is possible because these items work on system, the heater works on an energy system, the water system and weather report are all combined together.

4. There are more things than People…online

And as it is with people there can be overpopulation of data.  Data gathered must be appropriated in the right manner. Which is why we have DIKW pyramid, (Data, Information, Knowledge & wisdom), the end goal with IoT Is to make wiser decisions with information collected.

5. The Internet of things is different from the Web

The internet and the web are often referred to as the same thing but they are not.  The web is a way to access and share information that is already available on the internet.  Whereas the internet is a huge network that connects devices globally, any device can communicate with another device as long as they are both connected to the internet.

6. Connected Homes are the new deal

Smart homes will be the largest single market of IoT, raking in an estimated market of $490 billion, companies like Google which acquired Nest (Smart Thermostat Makers) for $3.2 billion are already cashing in on this billion-dollar industry. Connected devices in homes will mean that cars will be able to drive themselves, heaters will predict temperatures and alarm clocks will monitor and track your sleep habit.

Developing smart devices that are able to perform functions that were seemingly impossible a few years ago; a viral video went ablaze a few months ago, showing Amazon’s Alexa stating with an accurate degree the value of pie to a quadrillion. Google home gadgets can perform simple tasks such as setting time, playing music and controlling locks and lights.

8. Smarter Cities are here to stay

More people migrate from towns to cities, making it paramount that cities plan ahead to contain more people living and working in closer spaces. By building smart infrastructures, roads we can prevent disasters such as building collapse or at least restrict its impact.

9. IoT is changing Businesses in Africa

In South Africa, an E-tolling system collecting tolls electronically means that there are no physical booths on the highways and traffic can move without a hitch. In Nigeria, IoT has been used to curb drug counterfeiting using Radio Frequency Identification (RFID) which tracks the supply of drugs from manufacturers to consumers.  In Tanzania, smart locks are used to tell if oil tankers have been compromised.

10. A Planet that speaks

A smarter planet involves two major dimensions. Becoming more efficient, and that can only be effected when we are things and people are able to communicate appropriately, mostly in real time in more conscious and intelligent way. The other is to identify new insights, new forms of social interactions, the planet is an information creation, transmission system and IoT allows us to hear what the planet is saying in almost every aspect of our lives.

IoT will change the way of living in coming years, it would improve business processes and service delivery. Right now, countries are championing IoT to create better infrastructures and manage disasters. What ways can Nigeria key into IoT to solve her health, finance and population challenges as we approach the age of smart solutions.

How to Fuel your Hustle with Google

What does a safe Internet Space Mean for Young People?

Is Vinil Back? Lossless Sound In Retro Perspective

How To Use Google Sheets To Make Report Cards

How to Fuel your Hustle with Google

GoPro Action Cameras Are Getting A Serious Upgrade

How You Can Use Technology In Classrooms For Better Learning