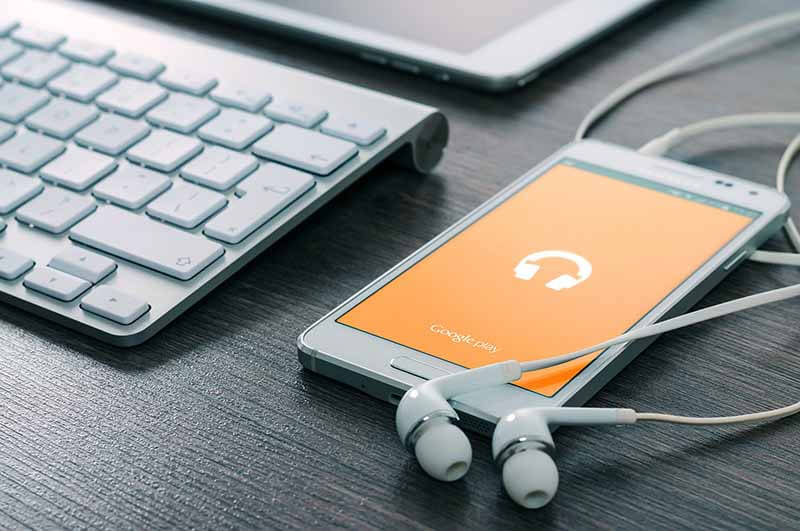 Africa’s digital revolution: a look at the technologies, trends and people driving it

onlinehub, 3 years ago 0 5 min read 706
This article is part of the World Economic Forum on Africa

We are at the dawn of a technological revolution that will change almost every part of our lives – jobs, relationships, economies, industries and entire regions. It promises to be, as Professor Klaus Schwab has written, “a transformation unlike anything humankind has experienced before”.

In no place is that more true than Africa, a continent that has yet to see all the benefits of previous industrial revolutions. Today, only 40% of Africans have a reliable energy supply, and just 20% of people on the continent have internet access.

And yet, with all of Africa’s unique resources – from its young and growing labour force to its largely untapped internal markets – this coming digital revolution offers unprecedented opportunities. From 11 to 13 May, it’s these opportunities that we’ll be exploring in Kigali with some of the region’s leading minds in business, politics and academia.

Ahead of the meeting, we’re launching a series of articles that will provide some context on the different issues being discussed.

If steam engines, electricity and IT were what defined the previous three industrial revolutions, this latest one is powered by a whole range of exponential technologies that have the potential to change the world as we know it.

“As the continent transitions from the margins to the mainstream of the global economy, technology is playing an increasingly significant role,” says Jake Brightin a piece exploring the seven trends behind the continent’s digital future. You may have heard of Silicon Valley, but what about its Africa counterpart, Silicon Savannah? And that’s just one of many, Bright notes.

“Across the region a Silicon Valley inspired network is developing. The research I’ve done with Aubrey Hruby highlights the existence of roughly 200 African innovation hubs, 3,500 new tech related ventures, and $1 billion in venture capital to a pan-African movement of start-up entrepreneurs.”

But while the theme of technology dominates any discussion on the digital revolution and the way it could transform Africa, we must not lose sight of its cultural aspects. As Funmi Iyanda writes, “Africa doesn’t just need a digital revolution – it needs a cultural one, too”.

Interestingly, this same digital revolution could spark a cultural renaissance: “A social pan-Africanism existed even before the digital revolution through cross-border trade, but it was often hampered by unimaginative and rigid archaic laws,” she writes. Today, Iyanda argues, digital technologies are helping young Africans forge a sense of cultural cohesion that could lead to wider continental integration.

While exponential technologies might be the driving force behind the digital revolution, it is Africa’s most important resource – its people – who can determine the direction it will take.

With one of the fastest growing youth populations in the world, the next generation of Africans will lead the way, says Mokena Makeka.

But first, they must be given the space and opportunities to do so: “Africa’s biggest challenge over the next five years will be how it reconciles the demands of its strident youth – and their take on how to shape the post-colonial continent – in the face of established and entrenched power structures,” he argues.

How, though, do we create these opportunities? Fred Swaniker, who founded the African Leadership Network, has an idea: “Good leaders do not fall from the sky. The experience of successful nations points to the centrality of strong education institutions, and particularly robust higher education systems, in deliberately training the leaders who take societies to great heights.”

Which is why African policy-makers should be worried – the system is “at breaking point,” Swaniker writes. “The current state of higher education across the continent is a real threat to the dream of an African Century,” with low enrollment rates and stretched teaching staff.

His bold ambition is to rethink the way Africa’s next generation of leaders are trained: “At the African Leadership University, we have designed a university system that is built not around a scarce African resource – professors with PhDs – but around a resource we have in abundance – brilliant young students.”

Brilliant young minds is one thing Africa is not short of. Take the example of Ory Okolloh and Juliana Rotich, two Kenyan digital activists behind Ushahidi, a crisis-mapping tool. If Africa is to make the most of the opportunities offered by this digital revolution, it needs more bold, female innovators like them, argues Bineta Diop.

As the African Union’s Special Envoy for Women, Peace and Security, and the founder of her own NGO, she has a powerful message for other women on the continent: “I would like to invite young girls and women in Africa to embrace the fields of science, technology, engineering and mathematics, to help solve the problems facing our communities. Doing so would allow our continent to shift from an exporter of raw materials into a powerhouse of manufacturing, industry and job creation.”

Africa at a crossroads

The wider message from all the contributors to the series is this: it is Africans themselves who have the power to shape their continent’s transformation.

Take trade. Africa’s largest untapped market and its biggest opportunity for progress is right on its doorstep: “In 2014 in Europe, 69% of exports were to other countries on the continent. In Asia, that figure stood at 52% and in North America at 50%. Africa had the lowest level of intra-regional trade, at just 18%,” writes Jacqueline Musiitwa. She shares three things African decision-makers must do now to unlock that potential, including building the right infrastructure and connecting more people on the continent to the internet.

Two leading African entrepreneurs are in agreement. For Ashish j. Thakkar and James I. Mwangi – both of whom sit on the United Nations Foundation’s Global Entrepreneurship Council – small and medium business owners on the continent could create the jobs and economic growth Africa needs to thrive.

“The only way we’ll create hundreds of thousands of jobs is by placing big bets on small businesses. SMEs represent 78% of jobs in low-income countries and more than 90% of all new jobs created each year. These businesses are the true global engines of employment. Increasing rates of entrepreneurship and accelerating the rate at which ventures grow is the only realistic path to creating enough jobs for the next generation.”

How can Africa’s teachers prepare for the digital century?

Hands On With Google’s ARCore

Making Sense of The Different Types of Artificial Intelligence Companies

Google Launches ‘Free App Of The Week’ On Play Store