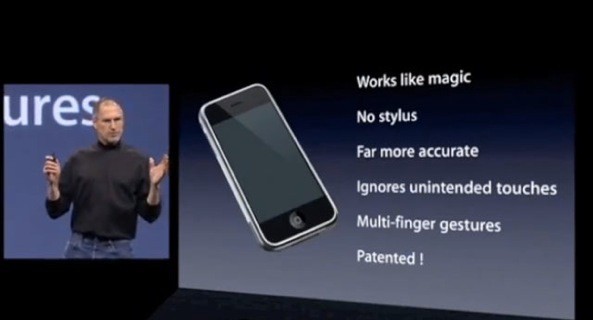 Today’s Apple is often seen as the iPhone company, a huge Supply Chain machine that produces and sells hundreds of millions of smartphones…and generates mounds of cash in the process. Today we look at the changes the iPhone brought to the old Apple culture — and consider that some things never change.

June 29th, 2007. Eager Apple fans line up on the street to get their hands on the first iPhone:

Ten years ago, no one could have imagined that Steve Jobs’ creation would have such an impact on Apple. Today, the iPhone represents more than 60% of Apple’s revenue, which leads many to see Apple as, first and exclusively, the iPhone company. But is it really? Did the iPhone really change Apple so dramatically?

In The First Trillion Dollars is Always the Hardest posted earlier this year, Engineer and HBS alumnus Horace Dediu summarized the iPhone epic by looking at its astronomical numbers [as always, edits and emphasis mine]:

“In its first 10 years, the iPhone will have sold at least 1.2 billion units, making it the most successful product of all time. The iPhone also enabled the iOS empire which includes the iPod touch, the iPad, the Apple Watch and Apple TV whose combined total unit sales will reach 1.75 billion units over 10 years. This total is likely to top 2 billion units by the end of 2018.

…iOS will have generated over $1 trillion in revenues for Apple sometime this year.”

It’s difficult to build a live mental picture around numbers this large. In our minds, we can easily move the pieces on an imagined chessboard, or assemble and reassemble the seating arrangement for a Thanksgiving dinner, but how do we picture a trillion dollars or a billion phones?

Let’s see if we can bring these unimaginable quantities into a manipulable picture.

During the most recent Xmas quarter, Apple sold slightly fewer than 80 million iPhones, about 900,000 a day. Obligingly, a day has 86,400 seconds, so we round up to 90,000 to get a production yield of ten iPhones per second.

But producing a phone isn’t instantaneous, it isn’t like the click of the shutter in a high-speed camera. Let’s assume that it takes about 15 minutes (rounded up to 1,000 seconds) to assemble a single iPhone. How many parallel production pipes need to accumulate ten phones a second? 1,000 divided by 1/10 equals…10,000! Ten thousand parallel pipes in order to output ten phones per second.

We can juggle the numbers, but it’s still difficult to comprehend the scale and complexity of the iPhone production machine, to build a reliable mental representation.

Did the unimaginable iPhone production process change Apple? With numbers so large, how could it not?

How did Apple grow from 5.3M Macs in 2006 to 212M iPhones last year, a 40X multiple? In one of his many Apple 2.0 strokes of genius, Steve Jobs hired an experienced supply chain executive, Tim Cook. With Jobs’ support and inspiration, the future COO and CEO assembled the necessary team, set new rules, and forged new partnerships. As quantity begets nature, Apple became a different company.

One thing that didn’t change at Apple: The compulsion for total control through hardware/software integration. It’s one of Apple’s oldest cultural traits and has long been criticized by industry observers. I recall how pundits chastised Apple for its proprietary iPhone operating system, iOS. “Jobs is making the same mistake that doomed the Macintosh!”

The criticism doesn’t stand up to the numbers. True, by tightly integrating hardware and software Apple has won minority market percentage numbers, in the 14% range for the iPhone. But the company “dominate[s] smartphone profits worldwide”; 75% according to the Digital Trends article, while others will tell you it may be as high as 83%.

Another constant at Apple: The wanton appetite for hardware that led it to design its own Ax processors rather than depend upon vendors who aren’t always reliable or pliable. I recall the outcry when Jobs made the decision — and we now see iPhone and iPad processors that handily beat their competition.

And let’s not forget the company’s affinity for design, an inclination dating back to Hartmut Esslinger’s Frog Design days and the elegant, white Apple IIc in 1984. When Jobs returned to Apple in 1997, he fished the future Sir Jonathan Ive from the depths of the organization, resulting in a series of design triumphs such as the succulent Bondi Blue iMac:

Speaking of Macs, after apparently neglecting its historic personal computer line, Apple just announced a muscular iMac at the top of the line for the end of this year. For 2018, the company promised a completely modular, some would say OPENMAC, no-holds barred beast to replace the “confidential” Mac Pro — and an external display. So much for the “iPhone company”.

Our list of ingrained cultural attributes wouldn’t be complete without media gossip, departed employee paternity claims, and general back-stabbing. Just in time for the iPhone’s ten year commemoration, we have a new book: The One Device — The Secret History of the iPhone. The Verge obliges with a substantial abstract, the French say bonnes feuilles (good pages/leaves). Here, the good pages are soiled with bad blood. One former exec is blamed by another for trying to take too much credit; a worker ruined his marriage by working too hard (we need the cliché for sales); Phil Schiller is blamed for having opposed a touch keyboard for too long, and, horrors of horrors, for not being “technical enough”:

“Schiller didn’t have the same technological acumen as many of the other execs. ‘Phil is not a technology guy,’ Brett Bilbrey, the former head of Apple’s Advanced Technology Group, says. ‘There were days when you had to explain things to him like a grade-school kid.’

Lovely. Besides looking at Schiller’s education and early programming experience, one has to ask how long would have Schiller lasted under Jobs if he wasn’t “technical enough”? As Monday Note readers know, I don’t agree with Phil’s every utterance, but the obvious disconnection with easily ascertained facts casts a shadow on the author’s credibility and motivations. Schiller rejoined Apple in 1997 and has worked directly for Steve and Tim ever since.

The sniping continues: One quoted luminary denies he said negative things about Schiller while the book’s author maintains he has the quotes on tape…

As for paternity claims, it’s painful to see talented contributors strain to draw the mantel of success to their own shoulders and, in doing so, ignore an essential rule of leadership: Always take the blame, always give the credit.

If one wants to see what a real key player has to say about the genesis of the iPhone, Scott Forstall will speak this coming Tuesday June 20th at the Computer History Museum in Mountain View. Without Scott’s unusual intellectual skills and ferocious focus, iOS wouldn’t have been born as an OS X derivative, something many, including yours truly, thought was a Steve Jobs tall tale at the January 2007 launch. (The 51-minute YouTube video of the launch is worth re-watching to see the Master at the height of his expository powers.)

Five years later, Scott Forstall was gone. Allegedly, his energy and focus went too far, he was “too difficult”. As a recovering assoholic, I can relate and fondly remember a chance encounter at a Palo Alto restaurant where Scott and I briefly joined in appreciation of the sense of freedom after being shown the door.

Since leaving Apple, Scott hasn’t said a word about his 22 years working at NeXT and Apple. He hasn’t claimed anything or criticized anyone, and I’m betting that he will maintain this dignified stance. If you can, go see him fondly reminisce about his work and teammates.

In closing, let’s remember the company’s most enduring trait: The Apple Is Doomed mantra. I first encountered the chant in December 1980, right after signing up to start Apple France. In retrospect, I think Apple management might be grateful for the constant memento mori, the reminder of mortality whispered by a slave walking two steps behind the general marching in triumph to Rome’s Capitoline Hill. It’s only when Apple starts believing its own hype and numbers — like the toppled heads of Blackberry and Nokia — that the company will really be doomed.

How New Technologies Can Create Huge Numbers Of Meaningful Jobs

Open Source Software and Hardware For The Internet of Things

Let’s Build a Traditional City and Make a Profit

Marketing Without Data is Like Driving With a Closed Eyes

How valuable will humans be in the workplaces of the future?

We Found the Sexiest Lingerie on the Internet

The future steps of Scala – What to expect from upcoming releases