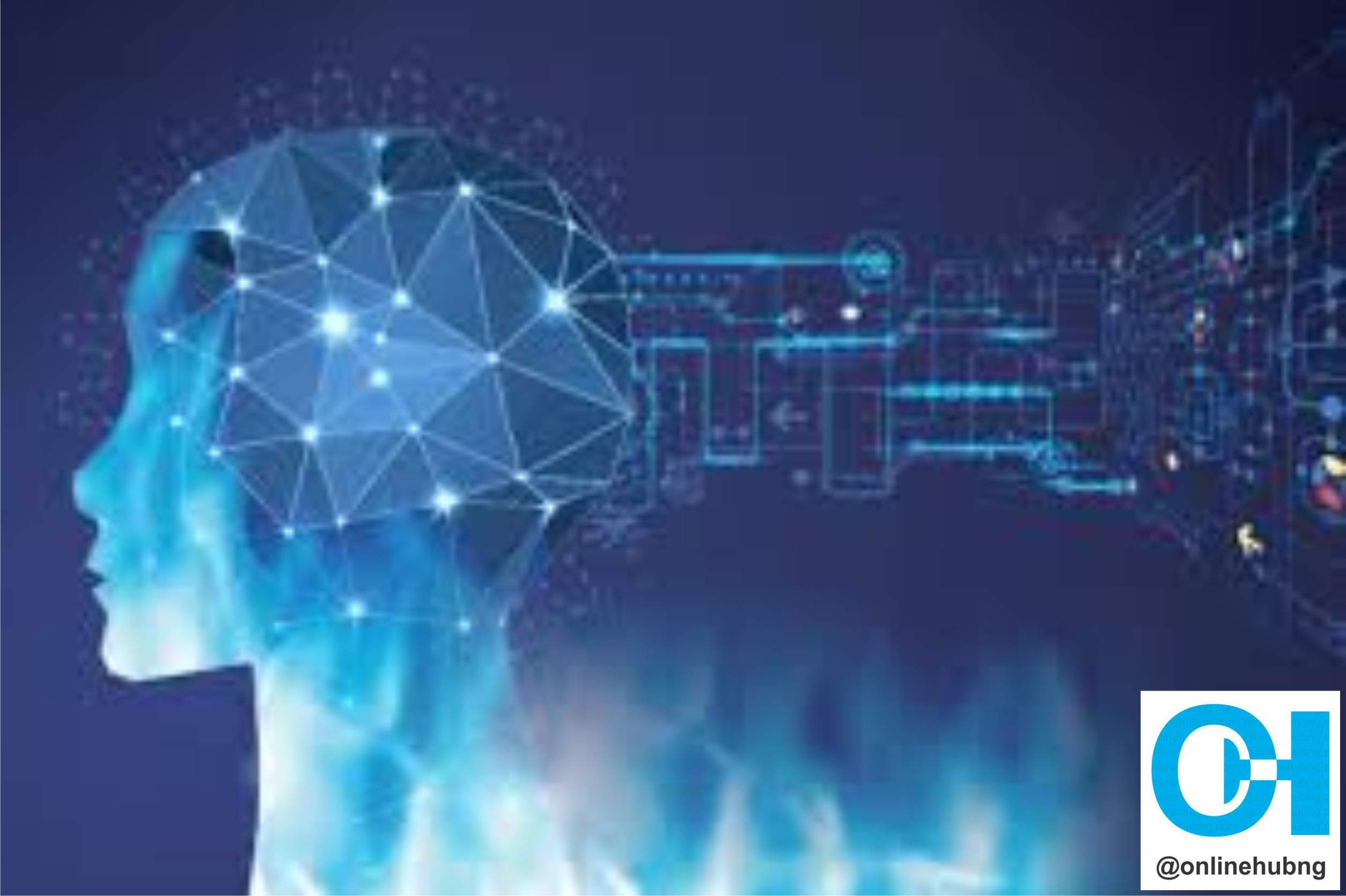 Tech’s Social Conscience: Where Next?

If tech is going to be a force for social good, Silicon Valley must take a hard look at itself and course correct. In an era of both increasing social divisions and unexpected alliances, the tech community must grapple with its ethical identity. How it takes action in support of the communities it so often leaves on the sidelines (or pays below a living wage) will shape our cities, our country, and our humanity.

In the tech sector, there is increasing cognitive dissonance[1] among young tech employees around racism, gentrification, and the geographic stratification between poor and wealthy communities in the Bay Area. The Trump administration’s blatant threats to social democracy and human rights requires the tech industry to take a side. And given the geographic concentration of tech in liberal coastal cities, they will be held accountable for doing so.

Fueled by this political moment, more millennials are asking questions of themselves and their employers, which sets the stage for tech to transform how it supports grassroots organizations and communities fighting for economic and social justice. There is a growing cultural movement within tech workplaces and outside of them to do right by the communities that work in their kitchens and clean their offices. And there is a broader conversation about the moral underpinnings of the industry: What do reparations[2] look like between the tech industry and the low-income communities and communities of color in the Bay Area who have been negatively impacted by the tech boom? Who decides how technology shapes our conscious and unconscious lives is made? How is technology used for good and evil and what is the role of tech workers and tech leaders in shaping those outcomes? These questions are inextricably linked together and must be taken head-on as this movement grows.

Reforming Labor Relations. Tech companies must treat their service workers (i.e., janitorial, culinary, and landscaping) well and provide them with a liveable wage in order for them to have the moral credibility to create technology products that are ‘for the people’. If tech companies treat their workers as poorly as fast food companies do, how can we trust them to shape most of the tools and decisions that govern our lives? Cafeteria workers, janitors, and security guards are making less than the cost of living while they work alongside 26-year-olds earning six-figure salaries. Companies use the cover of contracting third party vendors to get around providing benefits. This must change.

Organizations like the Tech Workers Coalition are making strides in organizing the political muscle of young tech employees to stand in solidarity with the working class at their companies. Local chapters are cropping up at Facebook, Google, and Apple, and efforts are underway to unionize. This shift from tech employees seeing themselves as individuals to seeing themselves as a collective with interests closer to those of their low-wage colleagues, than to their bosses, is a big step towards having the collective power to reforming labor relations in the tech industry.

Wealth Redistribution and Reparations. Only 10% of philanthropic giving comes from the private sector. In the Silicon Valley, corporate giving has increased by 450% in the last decade yet only 6% of that goes towards local nonprofits, despite the fact that the demand on nonprofit services are increasing. Of that 6%, the vast majority goes to the ‘usual suspects’ — mostly large, white nonprofits that provide direct services with large PR budgets. Meanwhile, the low-income limit in the Bay Area just passed $100k and the housing crisis is deepening the already profound social disparities that exist.

Millennials who have never thought of themselves as philanthropists are now graced with extraordinary incomes (first-year employees commonly make above six figures). Instead of only giving to the ACLU and Planned Parenthood (these are, of course, fabulous organizations — just already very well-funded), they could give to the organizations that are building the political power of the oppressed communities suffering the negative side effects of the tech boom (check out our 2016 grassroots giving guide). These are organizations not just fighting the bad, but who also have bold visions for a better future for all. For example, Blue Heart’s recent partner organization Youth United for Community Action is successfully fighting displacement and gentrification in East Palo Alto, while training hundreds of youth in organizing to transform their education and food systems for the better.

Additionally, tech companies could form long-term lasting partnerships with local organizations that are working towards transforming the political and social systems that marginalize low-income communities and communities of color, rather than just the organizations that provide direct services. Meals for the homeless are critical; and, companies must also boldly invest in the organizations that are seeking enduring solutions to homelessness, housing displacement, queer and trans oppression, climate change, and police brutality. The impact metrics may not be as immediate, but by addressing the root causes of problems, we are making our home more liveable for all.

Leveraging Tech’s Political Capital. In San Jose, the number of “no cause” evictions has increased by 270% in the past five years. The tech community has played a central role in the tectonic shifts occurring due to gentrification and displacement. Housing is one example of a political issue young tech workers could use their privilege to influence, making noise about how city and campus planning is pushing out long-term residents. Big tech companies have little incentive to do right by the communities they are negatively impacting, unless there is tremendous public pressure otherwise (e.g., Facebook and Google must be pressured to provide affordable housing where they are displacing residents; Palantir received backlash around their collection and sharing of data on refugees). However, there is a role for startup founders (building on the 1% pledge initiative) and tech employees to collectively add pressure in support of local struggles. Tech employees are largely young, white males. Without the strong presence and representation of impacted communities at decision-making tables, it is all but guaranteed that their interests won’t be heard and attended to. Tech employees can leverage their institutional access and social capital to bring those voices to the table.

Technology for ‘Good’. The tech sector sees itself as ‘net positive’ or at least ‘neutral’ on creating social benefit. For example, in battling fake news, tech companies will not discipline individual users, only robots that disseminate questionable information. Yet, the biases of individual coders and developers is precisely what molds the experience of billions of people each and every day. Technology is designed by humans, humans that have motivations and points of view. If tech doesn’t own its prejudice, it cannot claim morality. In order for ‘Tech for Good’ claims to hold water, it must define what good means.

We need to nurture an ecosystem where technology is fundamentally democratic. This means technology that is ruthlessly evaluated based on how it humanizes us rather than amplifying our addictions, our neuroses, and our stereotypes of others. This looks like holding the tech community accountable for the downstream impact of their products, shifting the underlying incentives of the system from competing for our attention towards to empowering users to design their own experience, and inviting the people most negatively impacted by tech to the table.

Farhad Ebrahimi draws an apt analogy by comparing the election to a sci-fi moment: we have gone zero gravity and all of our previous assumptions and expectations have been upended. We have a tremendous opportunity to rearrange how we structure our social and economic relations, and redefine the role of tech in fueling just and equitable systems change. This requires a shift in identity — towards collectivism, towards humility, towards compassion. And it requires tech workers to understand their privilege (though of course this privilege depends on context), because pushing themselves outside their comfort zone is precisely what needs to happen to inspire empathy, shift consciousness, and incite political action on systemic injustice.

Ultimately, we all want similar things: safe, liveable, joyous communities. However, to get there we must also take a bold look at our differences, recognize privilege where we have it, and lean into the discomfort of increasing social and economic disparities. The tech industry loves innovation. Innovation in how young tech talent transforms their sector to be in principled relationship with the communities it negatively impacts is precisely what we all need.

How To Deal With The Internet's Social Construct

Marketing Without Data is Like Driving With a Closed Eyes