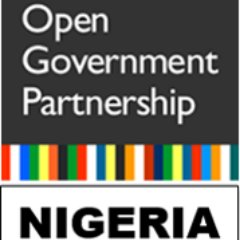 Launched in September 2011 by 8 countries of the world and guided by the four key principles of transparency, accountability, citizen participation as well as technology and innovation, the Open Government Partnership (OGP) process is aimed at “providing an international platform for domestic reformers committed to making their governments more open, accountable, and responsive to citizens.”

After President Muhammadu Buhari’s participation at the London Anti-Corruption Summit on 12th May, 2016, at which he made commitments around exposing corruption, benefit ownership transparency, and preventing the facilitation of corruption, Nigeria formally requested to join the Open Government Partnership (OGP).

“For any country to join the partnership, it must meet the eligibility criteria, embrace open government declaration and develop a national action plan with concrete open government reform commitments developed with public consultation and commitment to independent reporting on progress,” says Otive Igbuzor, executive director, African Centre for Leadership, Strategy & Development (Centre LSD) while speaking about a public event on OGP in Abuja in 2016.

“The minimum eligibility criteria is [are] that the government must exhibit a demonstrated commitment to open government in four key areas, as measured by objective indicators and validated by independent experts. The four areas are fiscal transparency; access to information; income and asset disclosure and citizen engagement.”

At the centre of the OGP process are the principles of co-creation, co-ownership and civic participation, i.e the citizens and civil society on one hand working in partnership with government representatives to make governance and service delivery more effective.

“All the OGP process is saying is let’s all of us sit around the table and get to respectfully engage with one another as equal partners. So, OGP means an equal partnership between government and citizens – represented by the civil society, trade groups and private sector – with the aim of addressing issues that affect the common man,” says Stanley Achonu, the civil society adviser at Nigeria’s OGP secretariat.

All National and subnational governments in the OGP process are made to prepare action plans. To ensure adherence to the principles of co-creation and co-ownership, the development of the action plans are carried out jointly by high-level government representatives and citizens groups or rather the civil society.

“The preparation of the national action plan should be through a multi-stakeholder process, with active engagement of citizens and the civil society. National Action Plans are at the very heart of OGP. It is therefore important that the national action plans are ambitious, effective and relevant to open government.  All governments who subscribe to Open Government Partnership are expected to prepare an annual self-assessment report every year,” according to Otive Igbuzor

Edetaen Ojo, OGP Nigeria co-chair  describes the National Action Plan (NAP) as what forms “the core of a country’s participation in the OGP process” hence should be “the product of a co-creation process in which government & civil society define ambitious commitments to bring about or enhance transparency, accountability & public participation in governance.”

Nigeria has since developed and began implementation of its National Action Plan (NAP) made up of 14 commitments across themes ranging from fiscal transparency, anti-corruption, tax transparency,  to access to information and citizens engagement. At least, 2 Nigerian states (Kaduna and Kano) have also successfully joined the OGP process and also gone far in terms of their individual action plans.

“The Kano experience has been a little different from our experience implementing the OGP process at the federal level and Kaduna state,” says Achonu, shortly after a 3-day retreat for government representatives and citizens groups which saw the drafting of Kano’s State Action Plan (SAP).

Also speaking about Kano’s OGP process after the retreat, Borve Paago-Imabel, Kano state governance program manager for USAID’s RTI LEAD  project said the process had been transparent, showcasing the interest of the state government and stakeholders [citizen groups] to work together towards achieving good governance in Kano.

Abdullahi Musa is the permanent secretary at the Kano State Servicom Directorate who was also one of the government officials at the Kano OGP retreat. He says the time had come for the government to realize “it can’t do it alone; it has to work with the people. The civil society organisations are also now conscious of the fact that being antagonistic to government doesn’t pay. I believe this is a good start and it will continue to inform subsequent actions.”

Considering the opaque nature of governance in Nigeria, if effectively implemented, the principles of the OGP process have the potential to entrench the culture of citizen’s participation in governance processes as well as help create mutual trust between governments and their citizens in the country.

Ultimately, the process would make governance more participatory, responsive, transparent and accountable and improve service delivery in African countries like Nigeria towards achieving sustainable development in the region as enshrined Goal 16 of the United Nation’s Sustainable Development Goals (SDGs).

“If we [Nigeria] start right with the OGP, we would be going a long way towards reaching Goal 16 of the SDGs, which specifically commits countries to reduce corruption; develop effective, transparent and accountable institutions; ensure responsive, inclusive, participatory, and representative decision making; and ensure public access to information and the protection of fundamental freedoms,” writes Tijah Bolton-Akpan, a development activist.

“This article is culled from African Newspage – a digital newspaper for development reporting. View the original piece on their website here“.

A first glimpse at Java 9: Early access release of JDK9 on OpenJDK

Why I Love My In-Ear Headphones

Going Beyond Amazon: A New Model for Authors, Retailers, and Publishers