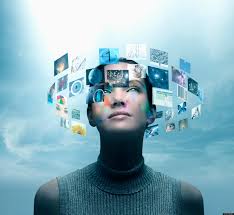 How virtual reality can make you better, smarter and fitter

Technologists have been predicting the widespread adoption of virtual reality (VR) for several decades now, but recent improvements in the technology and a drop in the retail cost of headsets have begun to move us towards a genuine tipping point. Investors, venture capitalists and tech enthusiasts are placing big bets on VR as one of the hottest emerging technologies out there. Many people believe it is already here.

The interesting question though, isn’t about when you will have a VR headset in your living room; it’s why you would want it there in the first place, and how it can help us solve some wicked problems.

Activists and artists have begun thinking about this question over the past few years and created some incredible immersive experiences to help users better understand and empathise with people they would otherwise never meet.

One of the most notable projects of this kind, which was developed in collaboration with the United Nations, is called Clouds Over Sidra. This immersive experience places you in a Syrian refugee camp and follows a day in the life of 12-year-old Sidra, a girl who has lived there for 18 months with thousands of other refugees. Another project, 6X9, is designed to help us empathise with prisoners by placing users in an almost perfect simulation of solitary confinement. A war-journalism project, Enemy, allows users to meet face-to-face with combatants on opposite sides of the Israeli — Palestinian conflict and hear testimonials from both sides.

These applications are excellent examples of how VR experiences can have an impact on the way we understand each other and the world, but many believe these are just the beginning. A budding community of change-makers are applying VR across almost every discipline and industry.

In the field of education for example, recent studies indicate that students learning in VR perform far better in tests those learning in traditional environments. One study conducted in China on the impact of VR on academic performance studied how students learn astrophysics concepts.

In a classroom of 40 students, in which half were taught in a VR environment and half using traditional methods, the study tested knowledge assimilation immediately after the course and knowledge retention two weeks afterwards. The students exposed to the VR learning environment performed significantly better on both tests, scoring on average 27.4% better immediately after learning and 32.4% better when tested again two weeks later. What’s more, students who were underperforming in the traditional learning environment actually excelled in the VR environment, scoring 15.8% better on average than the top students in the traditional environment.

The potential of VR to accelerate and improve learning and knowledge retention spans many different skills and subjects, from learning a new language to training as a surgeon. Recognising this potential, many start-ups such as zSpace, Alchemy VR and Immersive VR Education are emerging, each of them focused on developing content for education and training purposes.

In the field of healthcare, mounting evidence shows that VR can be applied to treat a range of mental health conditions including paranoia, post-traumatic stress disorder (PTSD) and anxiety disorders as well as helping with pain management. For example, a recent study aimed at treating PTSD in military veterans showed that Virtual Reality Exposure Therapy (VRET) — in which PTSD sufferers are helped to relive traumatic events as part of their treatment process — was even more effective in reducing symptoms than traditional treatments, and furthermore that these results were maintained 12 months after the VR treatment. Bravemind, developed at the University of Southern California, is one example of this new breed of therapeutic applications.

Beyond the positive impacts VR can have on our schools and healthcare systems, there are also emerging applications in the arena of physical performance and rehabilitation. For example, Strivr Labs is helping athletes up their game through VR performance training. Studies have shown that both athletes and non-athletes achieve 20% faster physical reaction times after training in VR compared to training in traditional settings. These types of results have sparked the interest of many high-profile sports leagues, and Strivr now has partnerships with organisations including the NHL, the PGA Tour and the German Football Association. These results have also provided a basis for applications in physical rehabilitation for athletes as well as patients with physical disabilities.

As some of these emerging applications show, the potential of VR is limited only by our creativity and by our ability to make the technology widely accessible. Companies like HTC, who developed the VIVE headset, understand this and have invested $10 million in grant funding to support and encourage developers, content creators, problem solvers and change makers to harness the power of VR. This is through the VR for Impactplatform, where HTC, in partnership with the World Economic Forum, is working to inspire the next generation of problem-solvers.

Augmented and Virtual Reality: the Promise and Peril of Immersive Technologies

How Quantum Computing Works and Why It’s Important